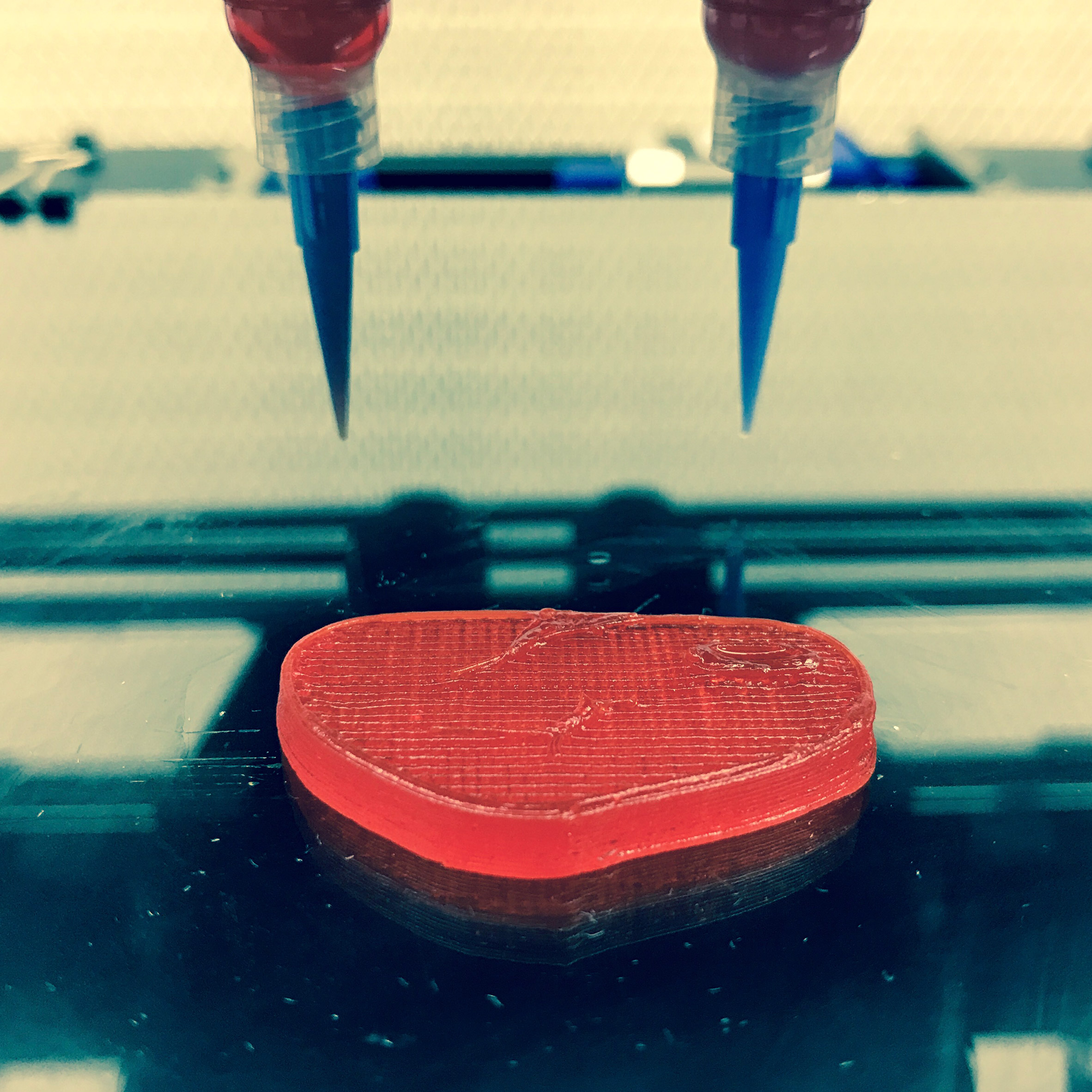 The fast food giant is working with Moscow-based company 3D Bioprinting Solutions as part of its 'meat of the future' concept.


Researchers are taking lab-cultured chicken cells from a small sample of flesh, multiplying the cells to create a paste and 3D-printing the paste into cubes to be seasoned and delivered to restaurants.

The project aims to create the world's first laboratory-produced chicken nuggets that will be 'as close as possible in taste and appearance' to the original product.

KFC said will provide its partner with all of the necessary ingredients, such as breading and spices, to achieve the signature Kentucky-fried taste.

The engineered substitute will be more environmentally friendly to produce than ordinary meat, although it won't be suitable for vegetarians or vegans.

The final product is due to be tested in the Moscow labs this autumn.


'The idea of crafting the “meat of the future” arose among partners in response to the growing popularity of a healthy lifestyle and nutrition, the annual increase in demand for alternatives to traditional meat and the need to develop more environmentally friendly methods of food production,' KFC said in a statement.

'At the moment, there are no other methods available on the market that could allow the creation of such complex products from animal cells.'

The biomeat excludes various additives that are used in traditional farming methods to create a 'cleaner' final product for the consumer.

Cell-based meat products are more ethical and this particular production process does not cause any harm to animals.

KFC – which is responsible for the slaughter of around 1 billion chickens each year, according to PETA-backed campaign Kentucky Fried Cruelty – said it 'remains committed to continuous improvement in animal welfare'.

The corporation has already released a vegan burger that replaces the usual chicken breast fillet with a vegan Quorn fillet, back in January.


'At KFC, we are closely monitoring all of the latest trends and innovations and doing our best to keep up with the times by introducing advanced technologies to our restaurant networks,' said Raisa Polyakova, General Manager of KFC Russia.

'We are glad to contribute to its development and are working to make it available to thousands of people in Russia and, if possible, around the world.'

According to a study in the journal Environmental Science & Technology, the technology of growing meat from cells has minimal negative impact on the environment.

Scientists globally are working on solutions that would allow stable food provision for the growing global population while reducing the negative impact on the environment.

Gas emissions from meat production contribute to global warming through releases of methane, a greenhouse gas 20 to 30 times more potent than carbon dioxide, and other solutions are needed to meet targets to help save the planet.


'[It allows] energy consumption to be cut by more than half, greenhouse gas emissions to be reduced 25 fold and 100 times less land to be used than traditional farm-based meat production,' KFC said.

The global chicken restaurant chain has already partnered with Beyond Meat, an LA-based producer of plant-based meat substitutes.

The partnership yielded plant-based chicken nuggets, trialled at multiple stores around the US in February this year.

The product underwent a one-day test run at a single restaurant in Atlanta, Georgia last summer, and proved so popular that it sold out in less than five hours.
Click to expand...

Russia is an evil empire.

that has been smashed in a press

I love those fuckers
KFC is revolting garbage. You couldn’t PAY me to eat that crap.

Im sure you have a lot of friends irl

Quence said:
KFC is revolting garbage. You couldn’t PAY me to eat that crap.
Click to expand...

Wtf do you actually eat? You bitch about everyone elses life choices, how bout your own?

Raddy said:
Wtf do you actually eat? You bitch about everyone elses life choices, how bout your own?
Click to expand...

You know he eats black penis.

That usually starts with KFC too. Or Popeyes

Raddy said:
That usually starts with KFC too. Or Popeyes
Click to expand...

Church's is really big in the hoods down south. Never liked them much.

GroyperSupreme said:
Church's is really big in the hoods down south. Never liked them much.
Click to expand...

Theres a couple down here, never been to it tbh. We have Raising Canes in TX, hand battered buttermilk tenders made to order, never fried, always amazing.
I avoid it i dont wanna get tge diabeetus, but bro, its almost worth it.
Everything is deep fried n delicious n soooo bad its good here.
I USED 2 LOVE KFC UNTILL I GOT EXPLOSIVE DIARRHEA FROM EM LAST YEAR.... I STILL LOVE THEM BUT THE MAGIC IS GONE

Likeicare said:
Im sure you have a lot of friends irl
Click to expand...

Thanks, and it’s true, but it’s not always easy to have so many friends. They always want a piece of your time, but I’m a very busy person.

Raddy said:
Wtf do you actually eat? You bitch about everyone elses life choices, how bout your own?
Click to expand...

I try to eat quality food not only because it’s healthy but also because it tastes really good.

So many people are stuck in a food rut where they’ve conditioned their palates to prefer salty, sugary, fatty and greasy flavours. But there are so many foods out there that have delicious natural flavours - people just have to be willing to forego their usual slop and get used to healthier foods.
i'm kinda curious to try these new semi-synthetic digestible food cubes

That's the case with the "pulled pork oat". Sometimes it actually tastes like meat, but the consistency is still not right.

Even if this were to taste good, I'd still rather eat some harmless looking synthetic chicken meat pellets rather than shit like this; 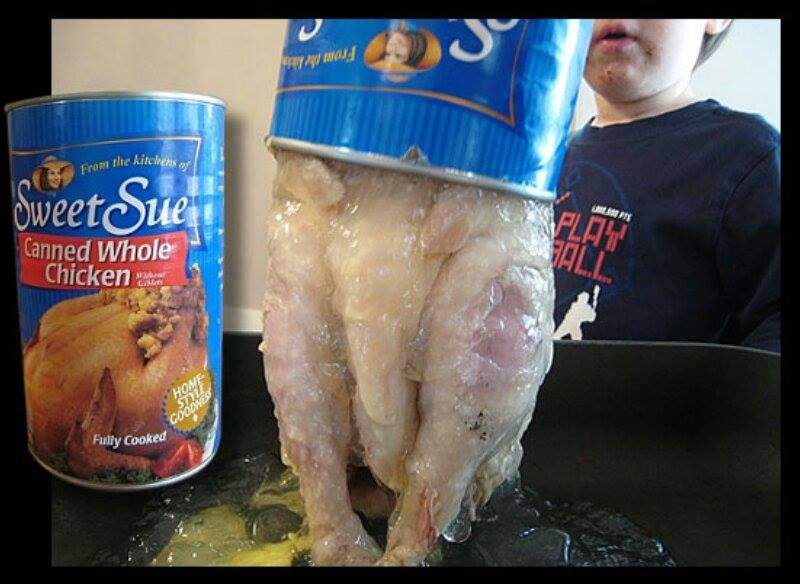 lazarus+ said:
finally i get to live in my childhood cyberpunk dystopian dreamscape

In the dystopia world all our food is enjoyed intravenously through bags of multivitamins and nutrients. People make metallic clashing sounds when bumping into each others in a mall full of holograms and somebody offers you a drink from a minibar they have in their stomach in the place of intestines and guts.
i'd absorb it more easily and with less overall wastage with a smoothie enema