ANTIFAggot bursts into tears when arrested.

GREEN BAY, Wis. (WBAY) - A Neenah man had a flamethrower, smoke grenades and fireworks during a demonstration in Green Bay Saturday night, according to police and prosecutors.

Matthew Banta, 23, is charged with obstructing an officer and two counts of felony bail jumping.

Green Bay police say they were called for “a whole bunch of white people with sticks, baseball bats and helmets headed... towards the police” on Walnut St. near Webster Ave.

“I don’t know who comes to a protest with a baseball bat for anything other than criminal or illegal activity,” said Green Bay Police Chief Andrew Smith.

A responding officer says he saw four individuals walking towards a protest with baseball bats. One man was wearing a metal helmet with goggles and military-style gear with multiple pouches, and was carrying an Antifa flag. When the officer pulled his squad car in front of the group, they ran away. The officer caught Banta, who was carrying the flag, and says Banta “dropped into the fetal position and began crying.” He accused the officer of lying on him; the officer replied nobody was on him.

Banta acknowledged he was headed to the Green Bay protest but denied he was planning to incite a riot.

A Brown County Court Commissioner set a $2,500 cash bond during his initial appearance on Monday.

Three others were caught trying to get into a house on Walnut Street. The person inside wouldn’t let them in and told officers they didn’t know who the people were. The three dropped what was in their hands. One told an officer they were bringing them to the protest for self-defense.

Banta is accused in Waupaca County of pointing a loaded gun at a police officer and biting and kicking an officer during a protest earlier this month. He’s charged there with second-degree recklessly endangering safety and four other charges (see related story). He posted a $10,000 cash bond. A condition of his bond was that he can’t have a dangerous weapon, according to the Brown County district attorney’s office.

“It’s worrisome when people associated with Antifa come here to Green Bay from out of town for the purpose of protesting here or for the purposes of committing violent acts,” said Chief Smith.

Police arrested 15 individuals total on Saturday after a Black Lives Matter protest took a turn and police deemed it unlawful.

“An unlawful assembly is three or more people who gather in such a manner where property damage, or personal injury is likely to occur. We determined this was happening on Washington Street. What was happening was a large group of people had blocked traffic on the street had engaged in throwing a bottle at somebody, were pulling up manhole covers off the street and were blocking traffic,” said Chief Smith.

Police have helped facilitate a number of peaceful protests over the summer.

Action 2 News asked members of Black Lives United-Green Bay (BLU), a community group with a mission to unite folks of color and allies, if they are discouraged when others use otherwise peaceful protests as a way to incite violence.

“BLU is not discouraged by the way folks are grieving...we are in this together. We don’t see rioting as taking away from our message because it actually reinforces the state of emergency that we are in. Folks out in the streets screaming #BlackLivesMatter and their names - we see you and the risk you are taking on behalf of all of us. We honor the lives of Black people taken from us by law enforcement. We say their names and continue to hold our government, elected officials, allies and adversaries accountable to these murders and attempted murders until there are policies passed that uplift Black folks and invest in our communities. We will eradicate white supremacy. We will build local power to intervene in violence inflicted on Black communities by state and vigilantes. It is our duty,” reads a statement from the group.
Click to expand...

All that uplifting don´t seem to do the black folks any good, no?

SK2.0 said:
All that uplifting don´t seem to do the black folks any good, no?
Click to expand...

His tears are symbolic of their pain though.
Leaked footage of his lawyer:
Why did they let him out on 2,500$ USD bond again, when two of his charges were jumping bail? And what a faggot, who cries and curls up in a ball when they get arrested, hes fucking 23 grow the fuck up mang.
He shouldn't be too hard to find if he jumps bail, they'll just have to follow the Trail of Tears.
Seems to be a trend.

GroyperSupreme said:
Seems to be a trend.
Click to expand...

couldn't he have picked a less cringy LARP name? this is on the level of alt-righters calling themselves "avgvstvs" or something
also betting 100% that the "flamethrower" is just a lighter and hairspray

how is this pasty keebler elf a "Commander" of anything? sure hope the fuck drops the soap alot in the showers, and bubba commands him to toss some salads.

GroyperSupreme said:
Seems to be a trend.
Click to expand...

i loved ur vidya almost as much as this one

xXCharmcasterFanXx said:
the "flamethrower" is just a lighter and hairspray
Click to expand...

So It will burn you less?
What's really cringy is you attempting to minimize everything your leftist friends do.
Ferguson Riots Montage - Ah shit i mean to post this in Random Image Dump . Kinda fits doe with the OP being about an Anti-fa faggot.
View attachment Ferguson riots.webm
Last edited: Sep 5, 2020

GroyperSupreme said:
So It will burn you less?
What's really cringy is you attempting to minimize everything your leftist friends do.
Click to expand...

no, because i don't think someone with a flamethrower is going to cower in a ball and cry lol
and if he did have a flamethrower and didn't torch as many police as he could then that's cringe and he's a LARPing liberal, like every other american "leftist"

xXCharmcasterFanXx said:
no, because i don't think someone with a flamethrower is going to cower in a ball and cry lol
and if he did have a flamethrower and didn't torch as many police as he could then that's cringe and he's a LARPing liberal, like every other american "leftist"
Click to expand...

Crying: what do you expect he took his name from Dragonball Z.

edge_beta said:
how is this pasty keebler elf a "Commander" of anything? sure hope the fuck drops the soap alot in the showers, and bubba commands him to toss some salads.
Click to expand...

i hear those antifa types like taking from behind. 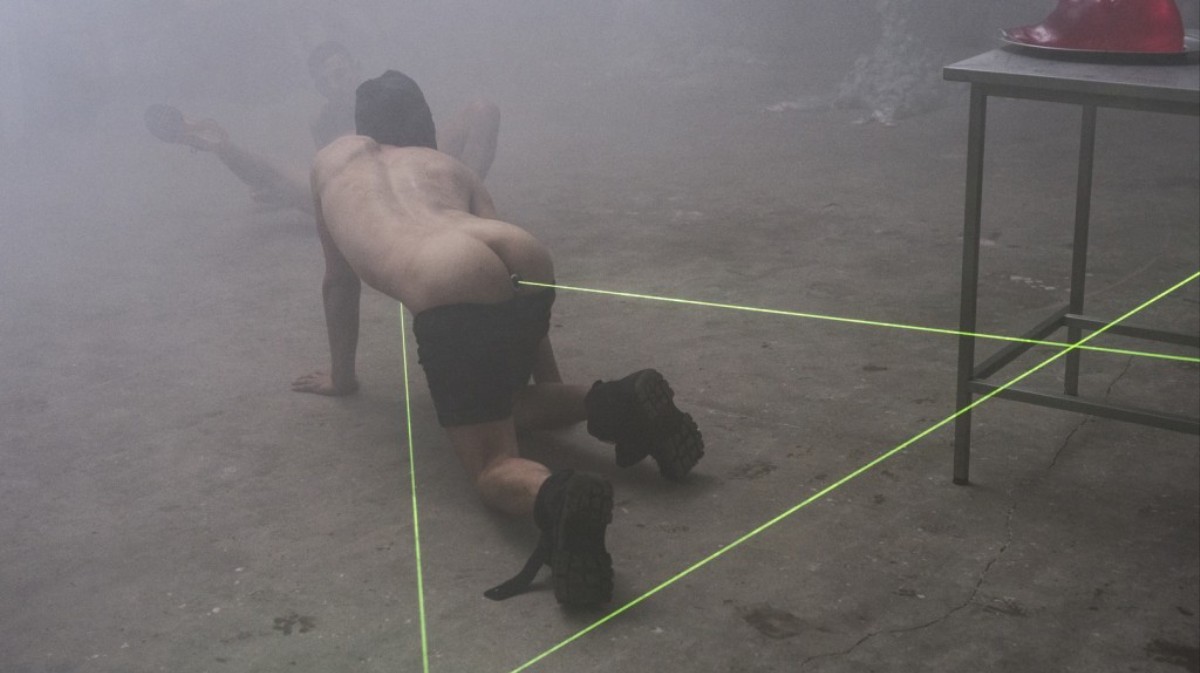 This Dance Troupe Performs with Lasers in Their Butts 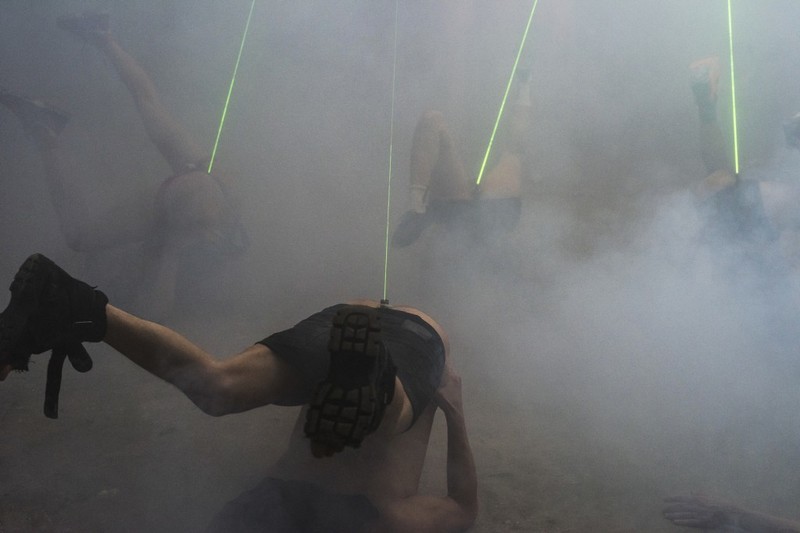